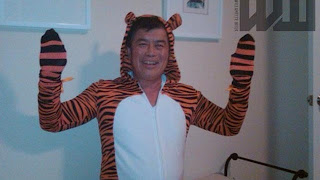 Serial sex offender and Democratic Congressman from Oregon, David Wu may soon replace former Congressman Anthony Weiner as his party's most embarrassing member. The Oregonian is reporting that the congressman is refusing to respond to an accusation from an unknown woman who left a voicemail on his district office phone stating that the congressman engaged in "aggressive and unwanted sexual behavior". The young woman is described as being the daughter of a donor who according to her FaceBook page must have graduated from high school in 2010. Two sources said the woman believed there was not enough evidence to press charges. There were no witnesses, and it would be her word against a seven-term member of the U.S. Congress.

In 2004, The Oregonian reported on a 1976 case when Wu was a student at Stanford University and was disciplined for trying to force an ex-girlfriend to have sex.

Wu refused interview requests related to the Stanford incident for months and hired an attorney who aggressively attacked the paper's reporting and sought to stop publication. When the story ran three weeks before the 2004 election, Wu quickly apologized for his "inexcusable behavior" and was re-elected.

The alleged incident raises new questions about Wu's behavior during the 1st District congressman's re-election campaign last year. According to staff at the time and emails from the period, he behaved so erratically that staff avoided scheduling him for public appearances and ran a campaign that relied heavily on advertising. Shortly before the Nov. 2 election, senior staff quietly shut down the campaign office and sent other campaign workers home.

Hold that Tiger!
Posted by Hoosierman at 1:15 AM